THE BENEFIT OF VOWS

Denma Lochoë Rinpoche explained the following about taking vows. He said that if you 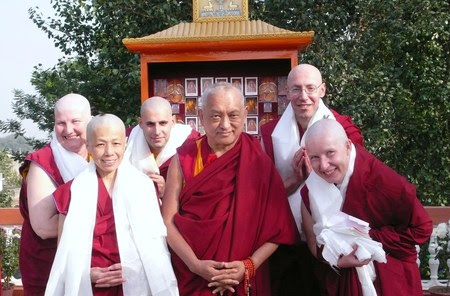 have taken vows to refrain from committing certain actions and you abide by that, you receive benefits and merits. However, if you refrain from committing certain actions without having taken the vows, you do not accumulate the merit. For example, to be born as a human being you need the preliminary cause of pure morality. This means having taken vows in the past and living purely. Then, in the case of a perfect human rebirth, this means having practiced charity. To have the opportunity to practice tantra, and to attain enlightenment in one life (in highest yoga tantra enlightenment is possible in three short years) comes from having practiced pure morality in the past. If we don’t take vows, then we don’t receive the benefit of abstaining from these actions, day and night, even when we’re asleep.

The minute we take the vows (until death for Pratimoksha vows, and until enlightenment for bodhisattva and tantric vows), day and night we collect merit all the time by living according to those vows. It is a cause to receive a good rebirth in your next life. If it is performed with renunciation, it becomes a cause to achieve liberation from samsara. If it is performed with bodhicitta, it becomes a cause for enlightenment. Then, day and night become a cause for enlightenment and to enlighten sentient beings. In the Mahayana practice, the goal is not just to achieve enlightenment yourself, but to lead all beings to enlightenment. Your goal is clear.

If a person is locked in a house alone and there are no insects in the house, he or she cannot kill anything. The person doesn’t commit the action. But that doesn’t mean the person creates the cause of a higher rebirth. However, if this person had taken the vow not to kill, then day and night he or she would create merit and progress on the spiritual path. By living according to vows, you have the freedom to practice the vows.

Most worldly people base their lives around eating, sleeping, and getting married. They do not live according to vows. People who live according to vows collect merit all the time, collecting the cause for happiness in hundreds of thousands of lives. But without the vows, and if they have self cherishing thoughts, then they are continuously creating negative karma.


(Our thanks to The Lama Yeshe Wisdom Archive and their 'Advice for Sangha' page)
Posted by venerablenamgyel at 10:20 AM 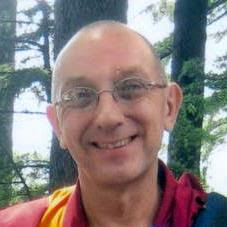